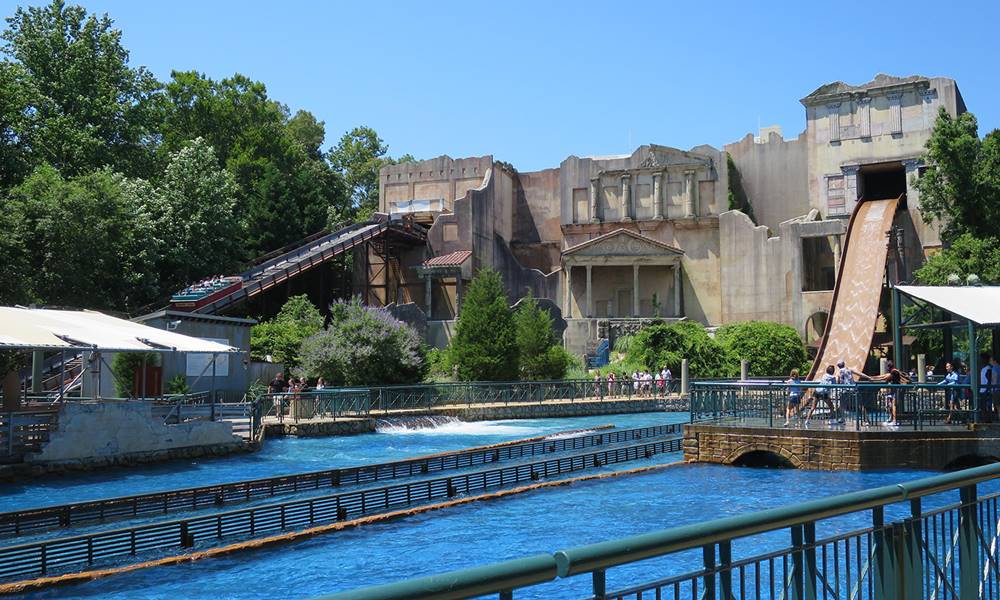 Boat rides are a perennial attraction at theme parks around the world. The formula is simple, but effective: passengers start their experience dry, and a relatively sedate pace. By the end of the ride, they have been soaked by spray, thrilled by rapids and – usually – terrified by a seemingly impossible plunge. 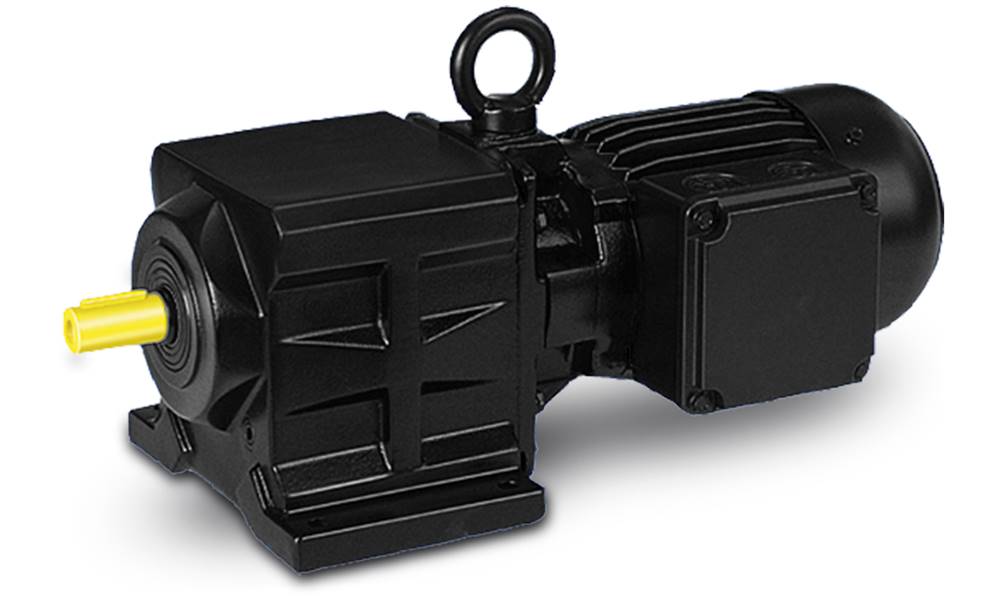 At one large theme park located in Williamsburg, Virginia, USA, the climax of its popular boat ride is a 15 metre vertical drop down a 24 metre long chute into a plunge pool. Thrills along the way include scenery that appears to burn and crumble before passengers’ eyes.

The progress of the flat-bottomed boats through the ride’s canal system appears to be magical. In practice, or course, motion depends on sophisticated mechanical and electronic control systems, mainly hidden beneath the water’s surface. Around 100 photo sensors distributed around the ride monitor the progress of boats, and 30 or so submersed, powered, rubber wheels propel them from point to point along the route.

During the early years of the ride’s operation, however, its hidden propulsion system proved to be an Achilles heel. Due to water ingress, the original geared motors driving those wheels were failing within 6 months of operation, requiring the ride to be shut down while replacements were installed. In fact, technical problems meant the ride was closed for almost half of its first peak season – frustrating for customers who were prepared to queue for up to two hours to experience its thrills.

Eventually, the theme park’s owners decided enough was enough. Their search for a more reliable solution led them to Bauer Gear Motor, part of the Altra Industrial Motion Corporation. Bauer’s engineering expertise and highly efficient, modular designs made it a perfect partner for the ride’s propulsion system. Furthermore, with many years of experience supplying gear motors to the water treatment industry, Bauer’s products are proven to be reliable in fully submerged applications.

Chris Macock, Project Manager for Bauer in the US, comments: “After suffering multiple failures it wasn’t surprising that the park owners wanted to find a reliable alternative. Each period of downtime resulted in unhappy customers, lost revenue and maintenance costs – which you don’t expect in a ride’s first season.

Having conducted a site visit to understand the environment in which the gear motors would be located, we were confident that we could supply a solution that would keep the ride operational throughout the year.”

The motor selected to replace the failing units was from the Bauer BG series. These compact, economical gear motors use high-tensile cast housings and can be configured to produce torques of up to 18,500 Nm. They comply with major North American and international technical standards, including NEMA, IEC, CSA and CE.

The theme park operator is very pleased with the Bauer solution: there have been no BG Series failures due to water ingress after more than four years of service. Furthermore, while they may not be aware of it, the ride’s customers are pleased too: the enhanced reliability of the Bauer gear motors means they get the thrilling ride they were hoping for on their big day out.

Related Topics:BauerFeaturedGear motors
Up Next

The all-around solution in metal machining