With the new STOBER Configurator, users have an online tool to intuitively build the right drive solution from STOBER’s extensive product range with just a few clicks. Technical information and drawings are readily available after quickly and easily configuring a product. Users can even request a quote with a simple click. The configurator is one of many projects in STOBER’s commitment to supporting customers with additional digital services.

With the new STOBER Configurator, engineers and designers will save time in product selection and designing. Before the configurator, they searched through catalogs to find the right solution, requested information in multiple places, and used type code values. Now, everything is a simple click away.

Quickly and easily search for gear units, geared motors, motors, and electronics! Intuitive navigation and modern design make using the tool fast and easy. Numerous filters and comparison options are available. Results can be sorted based on price, performance, or size. Users can then configure the product to meet their application requirements. For example, with geared motors, users can pick their shaft and housing style along with mounting position.

Designers can access technical data sheets, dimensional drawings, and 3D models. They can also request a quote. All configurations can easily be shared or saved.

What do your motors really do?

From another Point of View 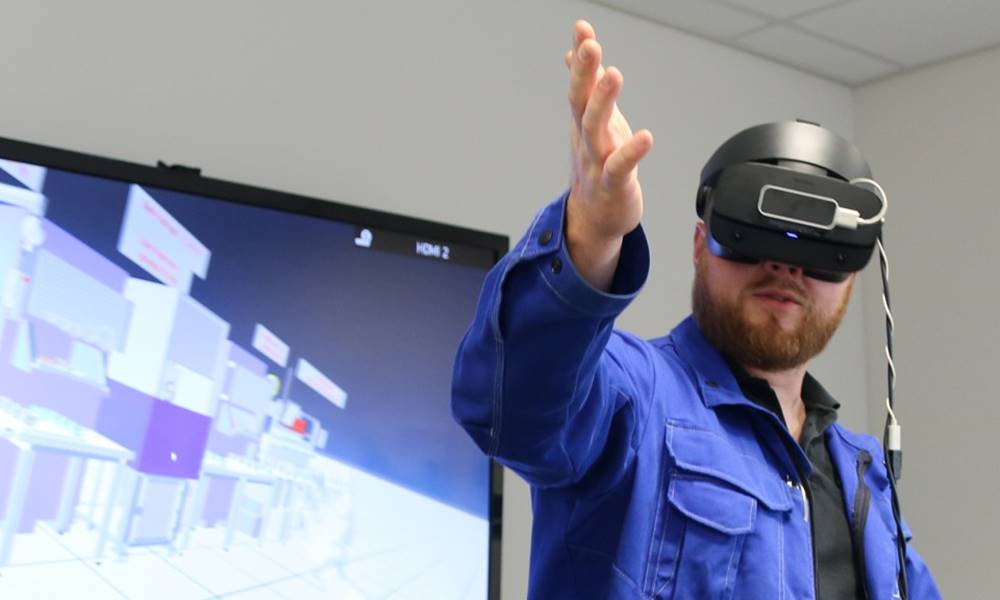 STOBER presented the new generation of its servo planetary geared motors at the SPS IPC Drive in Nuremberg at the end of 2019. One of the special features of this generation: Each motor series can be directly mounted in any available size. With this variance, STOBER offers ready-to-install drive solutions for machine tools and packaging machines as well as applications in automation and robotics. In order to ensure that the assembly of the new gear units remains efficient even with an increased variety of combinations, the specialist from Pforzheim relied “on digital” when planning the new production line and gained new perspectives through virtual reality.

With the third generation of its servo geared motors, STOBER has developed high-performance and precise drive solutions that are the most compact on the market in terms of versatility and convince by their enormous variance. The gear units can not only be combined with different STOBER motors in direct mounting, but also with all third-party motors of any size via a one-of-a-kind interface technology. A perfect fit for any application.

During the development of the new drives, the STOBER design engineers faced a wide range of challenges: Compared to the previous version, for example, the performance had to be improved and the components had to be built significantly more compact – at the same cost. A balancing act which STOBER mastered primarily by means of new production technologies and optimized assembly lines. “Especially the work and assembly planning, not to forget the optimization of the ergonomics at each of our workplaces, is one of the most important, but unfortunately also one of the most time-consuming tasks”, says Marc Schneider, team leader in gear assembly at STOBER. “Instead of building physical prototypes on the basis of our CAD or Excel data and modifying them again and again, we relied on virtual reality for the design and optimization of the assembly lines in advance”.

With a VR tool by R3DT, a start-up based in Karlsruhe which STOBER chose, entire systems can be simulated as early as the conception phase. By means of VR glasses environments can be experienced one-to-one. A “simple” principle with great effect: 3D CAD data from workstations, for example, are imported into the VR software along with other relevant key figures and processed. At the push of a button virtual prototypes are ready to be used.

“VR glasses on and we are already standing in the virtual environment at the previously designed workstations. With our hands we can reach for virtual tools, check the screwing – without joysticks or other controllers”, Schneider explains.

Frequent testing allows design errors to be detected in good time; corrections in the design or even in the ergonomics of a workstation can be made directly – even in the early planning phase. For STOBER numerous aspects that needed improvement came to light before real prototypes were built.

The resulting real prototypes are very close to being ready for production. In addition to saving an enormous amount of time and avoiding costly subsequent modifications, Marc Schneider is pleased to be able to involve his co-workers right from the start.

“We are very motivated to make our everyday work more ergonomic. Another advantage is that the VR tool gives the entire team the opportunity to experience and learn about new technologies in early stages. In addition, we can now react more effectively in assembly to the ever-changing product mix that our customer requires. An exciting project!”

Furthermore, assets are maintained in prime condition without the need for on-site visual inspections performed by Wärtsilä personnel, since the solution’s digital capabilities reduce the need for such on-site visits. Customer personnel can be trained to take fluid samples and to carry out borescope inspections of engines with remote support from experienced and specialised experts in Wärtsilä’s Expertise Centres.

Leveraging the new capabilities and keeping the engines in prime condition eliminates the need for the usual opening inspection of the engine.

The technology for Data-Driven DMP is supported by Wärtsilä’s Expert Insight product, which enables proactive and rapid advice and assistance to be delivered to customers from the Expertise Centres. Expert Insight has been credited with taking predictive maintenance to the next level.

Wärtsilä’s Lifecycle Solutions offering is backed by a combination of the company’s extensive in-house know-how along with AI and predictive analytics. It takes a holistic approach to ensure sustainable and reliable operational performance.

The elevator drives division at Ziehl-Abegg has been running at an all-time high for the past two months. “We have never had such a high order intake in the elevator sector,” says CEO Peter Fenkl. The orders are coming mainly from Europe and Southeast Asia.

2019 had already been a record-breaking year for the elevator specialists at the electric motor manufacturer Ziehl-Abegg: in the final count, it posted sales of more than 72 million euros. In the current year, business in the elevator division has continued at the same record level as in the previous year. “However, the development in order intake since March is far exceeding our expectations,” says CEO Fenkl. “We are currently 12 percent up on the previous year!” 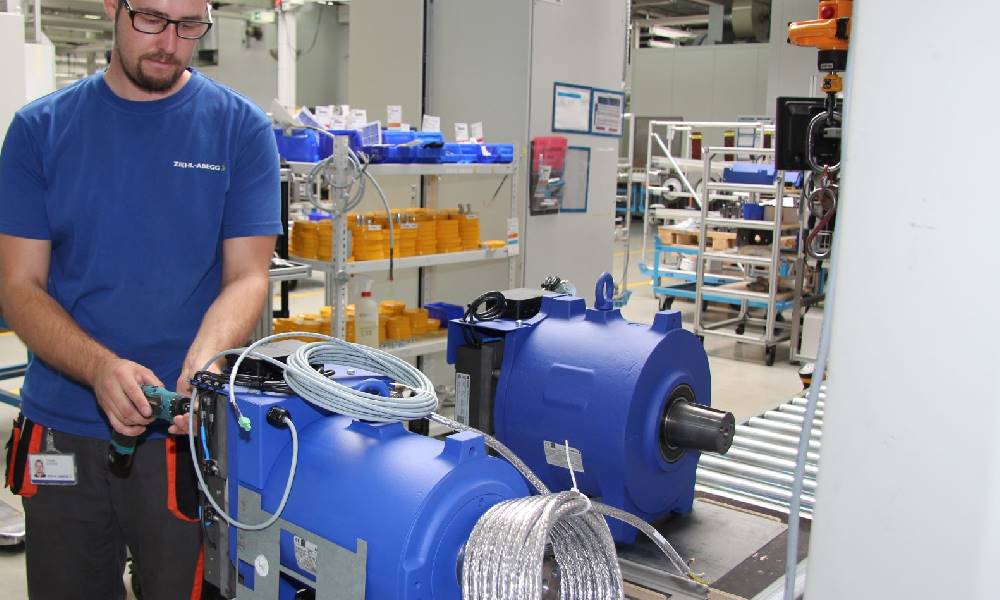 Ziehl-Abegg is benefitting from being located in Germany. In contrast to Southern Europe, where in Italy and Spain many companies are closed, production in Southern Germany is in full swing. Even in the current corona crisis, the supply chain is working and supplies to production are secured, with even kit manufacturers in Spain ordering elevator motors and control units from Ziehl-Abegg in Hohenlohe. “Many of our customers’ finished products end up all over Europe, including England,” explains Sales Manager Dieter Rieger. It’s a similar picture in South-East Asia: the closure of regional companies has created a vacuum for elevator manufacturers, the result is that they are now buying components on the global market – for example, from the German manufacturer Ziehl-Abegg. “A large proportion of the volume is coming from new construction projects,” says Rieger.

The motor division at Ziehl-Abegg is the second largest area of business in the Group. Worldwide, Ziehl-Abegg employs 4,300 people, spread over the areas of ventilation, control and drive technology plus automotive. “It’s during times of crisis in particular that the strength of our broadly-based portfolio becomes evident”, underlines CEO Fenkl.